This release is a maintenance release. You will not see any new features, but there are important infrastructure improvements in line with our roadmap, and bug fixes.

Following feedback from the User Group meeting we’ve made a few amendments to the User Management side of Brandworkz. We’ve sped up the login process so that the process is quicker. The speed increase will be most noticeable on larger client sites with a large number of folders, typically in excess of 2,000 folders. 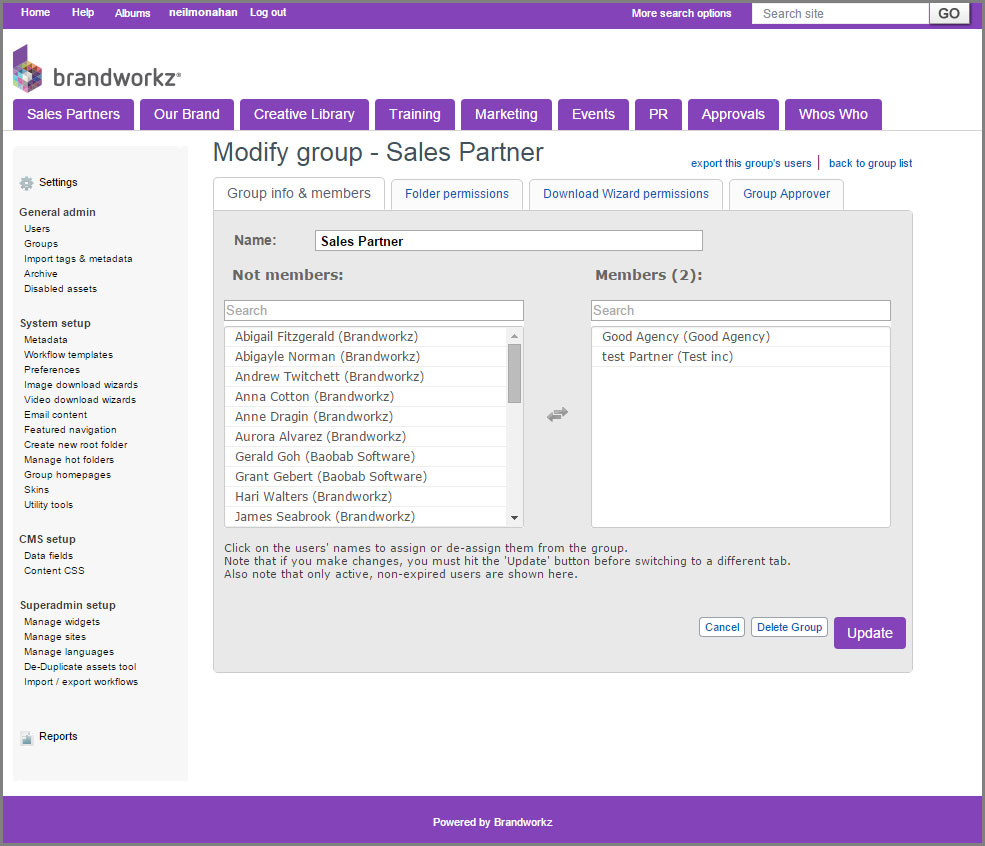 We’ve made it easier to add users to a given group by virtue of adding a search bar to the feature. Instead of having to scroll through the list of users, an Admin can now type in that users name to bring them up.

The full list of users is also able to generate a lot quicker thanks to a few changes in the code which you will notice. The users are now also split into Tabs of “Active”, “Inactive” and “All Users”. 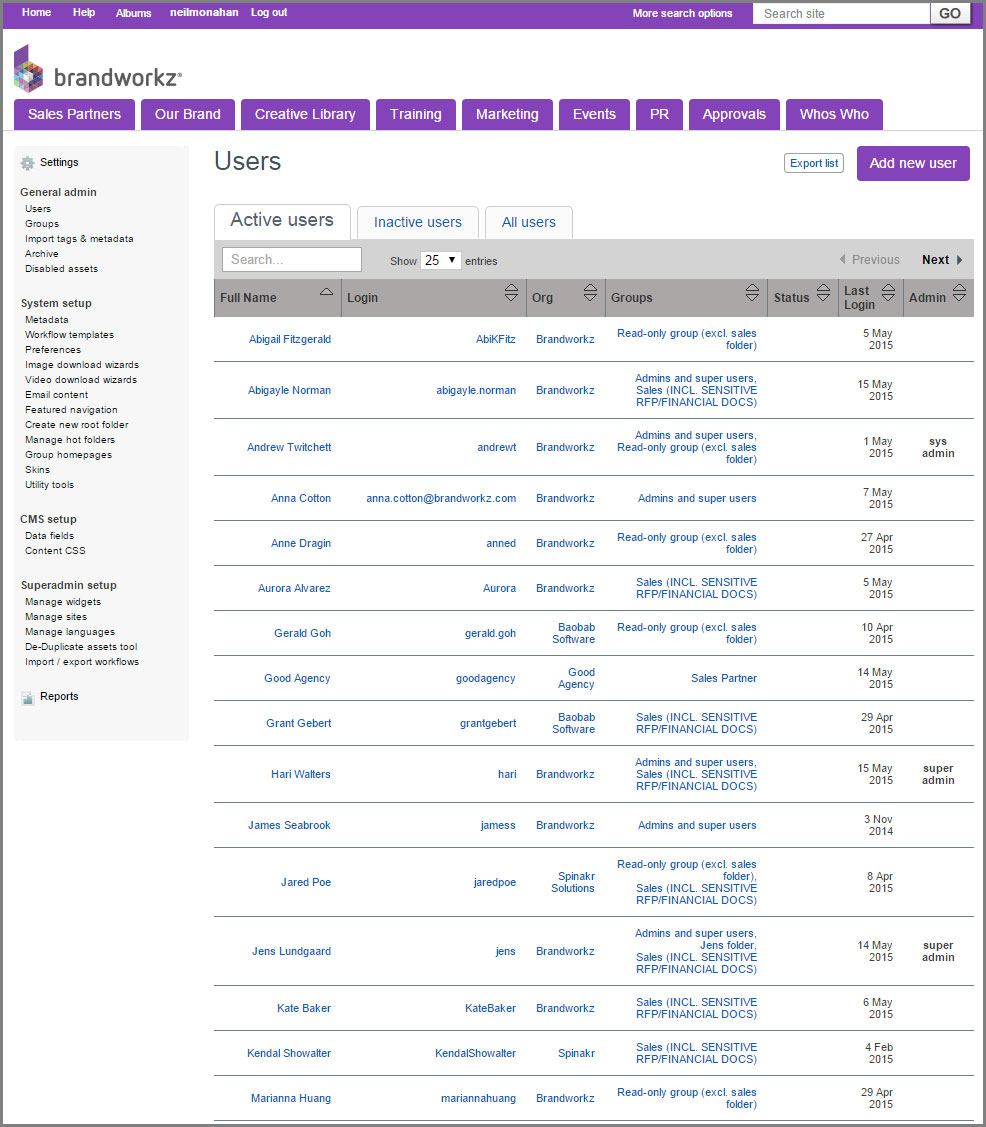 We have recorded our User Group meeting held in April. If you attended, once again, thank you for your input and participation. You can download the video here to hear more on the three infrastructure improvements outlined above and to learn about what is coming up in the Brandworkz Roadmap.