Sales of the unexpected. Lessons from the master of branding

Everything about the unveiling of David Bowie’s new album has been unorthodox. From the silent making of it over two years, the surprise release of the single Where Are We Now in January and only then the rumour of a new album, The Next Day, for March. Then the single and mini-movie The Stars (Are Out Tonight) with Bowie and his androgynous lookalike Tilda Swinton playing a suburban couple.

All this amid a background of complete silence from Bowie, who has long been presumed retired.

But the most brilliantly-executed part, in my mind, is the integrated ‘anti-marketing’ campaign. Inspired by the simple white square on the album cover, it has morphed into a social media meme.

The white square bears only the album’s title and covers up Bowie’s image –  the same one used on a previous album, Heroes. His face obscured, we see only his hands and a leather jacket. It has been used in press ads but has become most effective in its spreading by fans on roads, walls, and online.

Why does it work?

It appeals to what I believe is our innate desire for surprise and discovery, elements which have been compromised by our reliance on the web and smartphones.

In the old days – read ten years ago – you could regularly encounter the unexpected if you had, say, forgotten your A-Z or didn’t speak the local language on holiday. Further back, when travelling in Australia for six months, I only called my parents twice and had little idea of what each day or destination would hold. It was great!

It’s not quite the fight or flight of being chased by a wild animal, but we must be genetically hard-wired to deal with the unexpected, and our lack of exposure to such events in modern life surely leaves us lacking.

Bowie’s anonymous white square speaks to our desire for intrigue and discovery, and those in on the secret have a sense of community and belonging. Most potently, its use by fans as a meme has morphed into a guerrilla campaign which not only spreads the word (free), but generates more consumer engagement and gives the product an underground vibe. Pinterest, among others, shows fans sharing the white square superimposed over cars, people, a train station in Berlin and, most symbolically, flyposted in triumph over other ads.

This marketing blitz – the dissemination of an idea that’s arresting and cool enough for people to want to share themselves – is more powerful than a traditional marketing campaign singing the album’s praises. It also tunes in to Bowie’s core brand values of the anti-mainstream and subversiveness.

The white square branding lends itself perfectly to replication because of its blankness and visual uniqueness. And although reports of guerrilla pasting and posting have been exaggerated, journalistic excitement at what one writer called ‘meme-tastic’ activity has created its own momentum.

Secret Cinema is another example of a venture trading on our need for uncertainty. Started in London in 2007 and heading for New York and Berlin this Spring, viewers pay more than £40 to see, and partake in, a live re-enactment of a classic film without any idea of which film or what will be involved. The screening of Shawshank Redemption saw many of the audience locked up and in their underwear.

On a larger commercial scale, Coca Cola’s Happiness Trucks and vending machines have hit feel-good gold, dispensing assorted branded freebies at the press of a button. People share their excitement online, heightening genuine attachment to the brand in a way which a manufactured campaign can’t, and Coca Cola gets its branding and branded goods in front of consumers in the form of a football, skateboard or Frisbee. Genius.

Viral campaigns only work in the long-term, however, if the product they’re selling is good. The Next Day has won both critical acclaim and the popular vote, already topping the iTunes album charts in 64 countries and hitting number one within a week in 12 countries.

Bowie’s building and reinventing of his own persona or branding across four decades is a brilliant example of brand management. Always fresh, always surprising, he has redefined popular culture.

He has spent decades doing what many companies must now also do; constantly refresh and remaster their style and visual language, yet stay true to their core brand values. 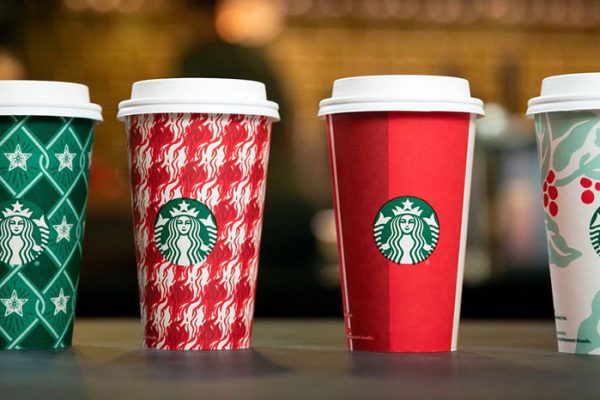 A branded cup of festive cheer

December 12, 2015
Branding
Christmas has arrived in London. The decorations are up, Christmas tunes and lights adorn the streets and the seasonal spirit…

August 26, 2014
Branding
Reebok, the global sports brand, rebranded back in March 2014 with more than a new logo, they rebranded with a…