Looking back at brand management in 2013

As the year draws to a close, I thought it would be fun to look back at my predictions for brand management in 2013.

They are all still relevant to marketing and brand management going into next year but let’s see how accurate I was 12 months ago!

1. The power of the story

Last year, our hearts were warmed by John Lewis’s sentimental Snowman TV ad. The love story helped the giant retailer becomes one of the most talked-about advertisers in 2013.

Emotional communication has once again proved its power this Christmas with Hare & Bear, strengthening Christmas sales for John Lewis and delivering over £100m in sales in just one week after it aired. 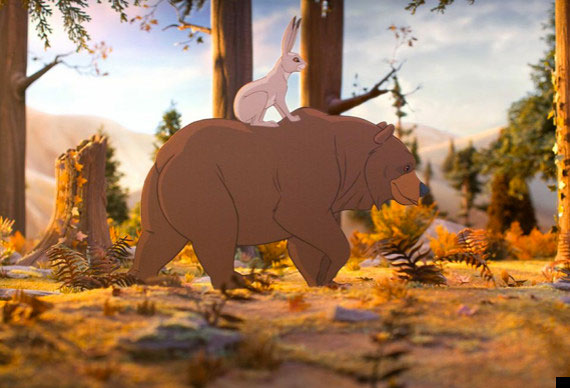 The success of John Lewis storytelling campaign started a trend for other brands to produce ads with emotional resonance, particularly for Christmas.

One of the most phenomenal examples this year is the viral ad for WestJet, Christmas Miracle. It has achieved almost 30m views (at the time of writing this article).

The formula of this viral video is a heart-warming story paired with powerful brand storytelling techniques. The brand created a real miracle for their passengers of all ages. If you no longer believe in Santa Claus, watch the ad – magic really can happen!

In January we talked about the importance of staying true to brand values, giving examples of social media disasters from 2012.

2013 panned out as a year of terrifying social media fails for some reputable brands such as JP Morgan and HMV, reinforcing our point that brand values and brand promises need to shine through all communications campaigns, irrespective of channel.

We strongly believe branding is nothing if you don’t stay true to who you are and what you stand for.

While putting the vice president on Twitter Q&A, the JP Morgan social media team was not fully aware of his ‘less than positive’ brand image to the public. The result was horrendous with countless outraged responses from people against the bank.

HMV lost control of its social media when one of the 60 employees who were being fired, logged into the company’s account and expressed their anger at the company. McDonald’s (mentioned last year), JP Morgan and HMV all had to learn the lesson the hard way about understanding who they are and how the public perceives them.

Having a branding agency to craft a beautiful new logo or compelling communication campaign is not the end of the brand-building process. Living up to the promise must be at the core of the business and that core must be translated into employees’ daily lives.

There have been some fantastic examples of ‘trans’ or ‘omni’ media use in 2013. One-way marketing is no longer enough if you want to touch consumers emotionally and intellectually. The ultimate goal of transmedia is to delight and engage your audience to the highest levels possible.

The Snowfall project, by The New York Times  won the Peabody Award for being ‘a spectacular example of the potential of digital-age storytelling’.

This project brings journalism to a whole new level of professionalism. It tells the horrific story of 16 American skiers and snowboarder who were overcome by an avalanche last year. The success of this project comes from the combination of stunning interactive graphics, videos, character bios and a beautifully written article. 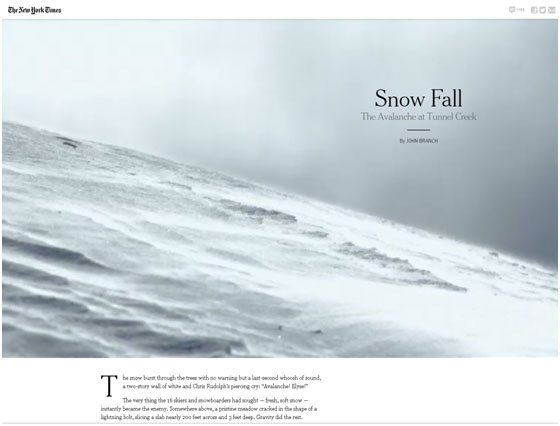 Another example is the website for Ang Lee’s film Life of Pi, which draws you into the majestic world of Pi. Scrolling down the site, you discover how scenes were filmed and framed in slow motion and with special effects.

Whether you have seen the film or not, you will be amazed by how much effort it takes to create Richard Parker tiger, the jumping whale and the harsh ocean. 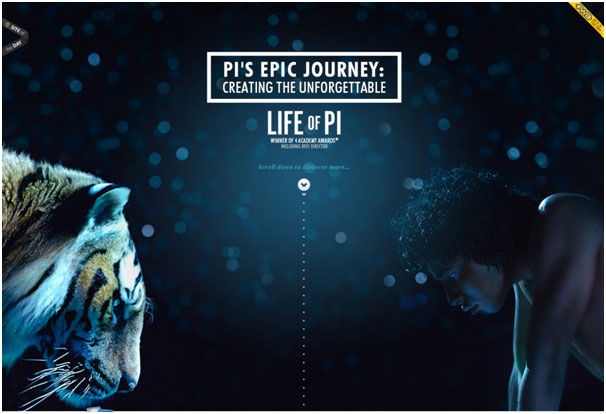 As this powerful storytelling technique gathers pace, brands can’t afford to fall behind the game. The success of transmedia storytelling comes from satisfying consumers’ senses and imagination.

4. In the eye of the consumer

We may not have seen the levels of personalisation in B2C marketing that I predicted in 2013, but it is the buzzword on the lips of marketers going into 2014.

Some brands have done it well already. The Virgin America in-flight personalised entertainment system knows who you are, what you could want to eat and what you might want to watch based on your choices from your previous trips. It then suggests new movies, new dishes you may want to try this time. 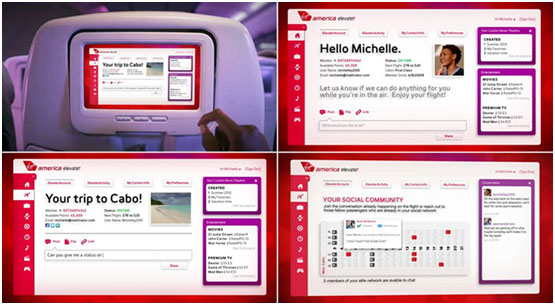 Retailers are embracing technology to connect at a deeper level with their customers. Audi has won awards for its ‘virtual showroom’ where customers can configure their car in a digital showroom using a gesture control.

The powerwall screens display their newly configured car to scale, driving in a number of settings. 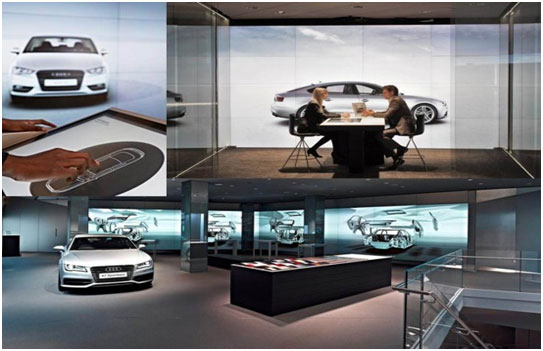 5. Media on the move

Media on the move didn’t take off quite as we had predicted at the start of the year. We talked about ‘a new generation of smart apps that quickly learn their users’ preferences and behaviour, offering suggestions and reminders’.

As retailers like Debenhams and Tesco only really started rolling out wi-fi in their stores in 2013, and with other retailers reluctant to fuel what they call ‘showrooming’, where they perceive customers to be checking out price comparison sites while in-store, the use of discounts, suggestions and reminders through mobile has been slower.

Actually an Econsultancy report states “mobile is now a big part of the shopping process” and that “57.3% [of shoppers] are using wi-fi to find product reviews, something which indicates they are close to a purchase”.

So, as long as we see wifi continuing to be rolled out, we should see this trend picking up in 2014.

Overall, we got three predictions pretty much spot on and were a bit ambitious about two which we should see catching up. Watch out for our forecast for 2014, coming shortly! 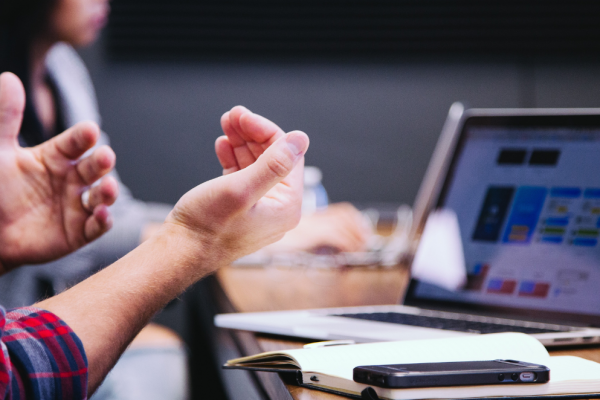 How to Re-Evaluate Your MarTech Stack Components

7 Jun at 12:52 pm
Brand Management, Marketing
It’s no secret that technology has had a profound impact on marketing. The rise of the internet and social… 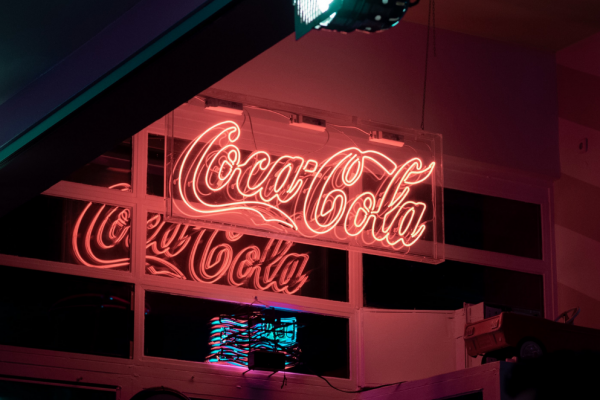 Why Maintaining Brand Consistency is Easier Than Ever

12 May at 11:17 am
Brand Management
While every person who uses the Internet — so, really, most of the world — is bombarded with several… 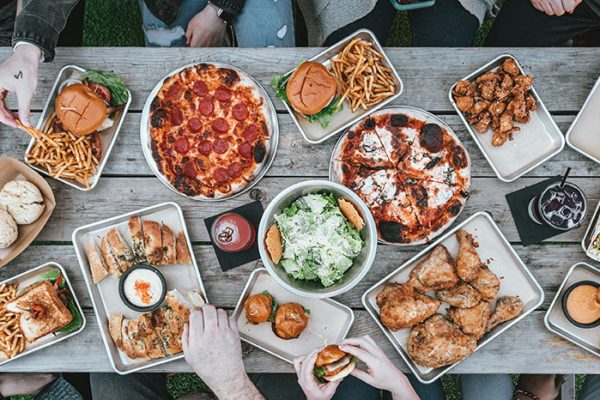 Lunch and Learn – The Marketer’s Guide to Brand Management Software

August 11, 2017
Brand Management
The function of brand management in marketing is more essential today than ever. Every marketer manages vast volumes of content…