Debranding cigarettes will prove the power of brand

The power of branding will be proved if a review on plain packaging for cigarettes leads to new laws in England.

Since last December cigarette packets in Australia have been confined to a drab olive green (a colour with a proven low appeal), bear photos of smoking-related disease, and, crucially, are only differentiated by the brand name in small, plain type. England may be set to do the same in the next few years, and could follow commitments by Scotland and Ireland.

The plain packaging initiative is vastly different from January’s Selfridges experiment which temporarily debranded iconic products like Marmite, Clinique and Heinz Beans, stripping them of their name and logo but leaving brand colours and shape. Selfridges’ debranding left the products speaking even louder to the consumer. This won’t work with debranded cigarettes, stripped of their individual personalities, and dealt a death blow by deterrent pictures.

This will be a total de-glamorisation of cigarettes. With most forms of tobacco advertising banned in the UK ten years ago, the industry has relied more than ever on cigarette packets as micro-billboards, with limited editions regularly launched. Every time a smoker is seen with a packet in hand, that brand is essentially being advertised, especially if its holder is perceived as positively representing that brand.

If you remove marketing and branding from cigarettes, you are left with no differentiator between brands. They are then not brands, but merely products. This will be reinforced over time, as the memory of those purple, red and white shades fades. 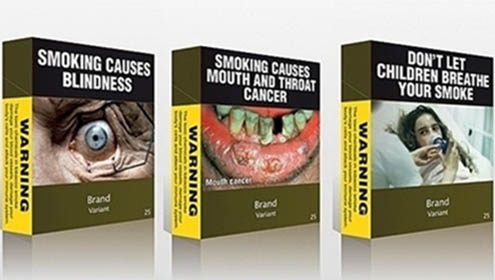 What I love about the potential of this initiative – apart from the obvious and fantastic smoking deterrent – is its unique and real-life measure of the power of branding. The graphic shots of smoking-related disease make it difficult to quantify the part plain packaging will play in the probable decline in sales, but there has still never been a better opportunity to track consumer attitudes, behaviour and sales to the removal of branding.

There is already evidence for the impact on brand perception. Reduced to their plain-type brand name only, cigarettes will no longer use terms such as ‘smooth’ ‘gold’ or ‘silver’, which, according to Action on Smoking and Health, make the cigarettes they describe seem lower-tar than regular varieties of the same brands.

Research by the British Heart Foundation has found one in six young adults said they consider pack design when deciding which cigarettes to buy, with one in eight choosing a brand because it looked ‘cool’.

Packaging is so powerful that it is even able to alter perceived taste. Echoing the famous trials using Pepsi and Coca Cola, which revealed preference in many cases only when clues were given on which brand was being tasted, 70 per cent of smokers were more likely to say they found plain-packaged cigarettes less satisfying. Plain-pack smokers were 66 per cent more likely than smokers still using branded packs to think their cigarettes were poorer quality than a year ago.

More than four-fifths of plain-pack smokers were more likely to have thought about quitting at least once a day during the previous week, while half of the young people surveyed said that standardised cigarette packaging had stopped them from smoking.

Of course, the grisly pictures emblazoning the packets, the ancillary health campaign and the hefty tax increase won’t have helped tobacco’s cause in Australia either but it’s interesting that Big Tobacco has chosen to fight standardised packaging in particular, probably because it is the last vanguard of differentiation.

Worried tobacco giant Philip Morris sees plain packaging as ‘reducing the brand to the manufacturer of an effectively undifferentiated commodity’. So worried in fact that this summer it launched a one-month stealth campaign to mobilise a grassroots movement by smokers against encroaching regulation. Messages were placed inside Marlboro packets, directing smokers to a site acting as ‘the community for Britain’s smokers’.

So, branding community, here may be the evidence that (in reverse) validates what we all know already but struggle to justify – that brand is one of the most valuable assets a company has. The tobacco companies are rattled because even when banned from advertising, sponsorship and point-of-sale communications, they have until now been able to use their packaging to create a brand and communicate differentiation and visual distinction, thereby attracting customers and generating sales.

The research in Australia already proves that when cigarette brands are reduced to unified packaging and a plain text wordmark, consumer perceptions change and even taste is negatively affected. It may spell the end – one day – of Big Tobacco, but it’s a boon for branding and brand management.

On a general note, now that the vice of smoking is being marginalised, the human race will of course start turning to new ones. The two frontrunners over the next ten years have got to be overconsumption of fatty/sugary foods, and addiction to smartphones/smart-glasses, etc with the related impact of never again having any disconnected moments of your life.

Hmm, I think I already know what my two new-year’s resolutions should be…

Click here to find out more about Brandworkz DAM software 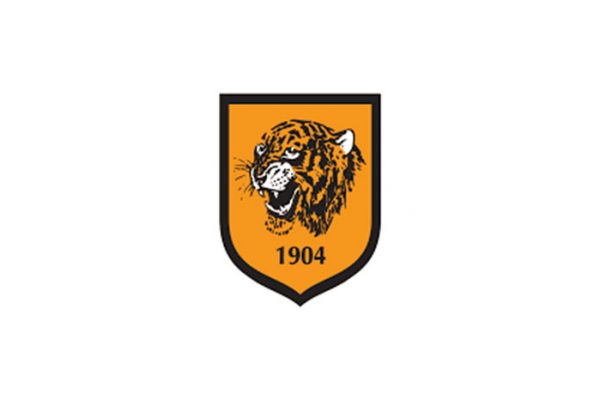 May 14, 2014
Branding
I have come across a number of stories recently, about brands that have tried to ignore their customers or their…

August 26, 2014
Branding
Reebok, the global sports brand, rebranded back in March 2014 with more than a new logo, they rebranded with a… 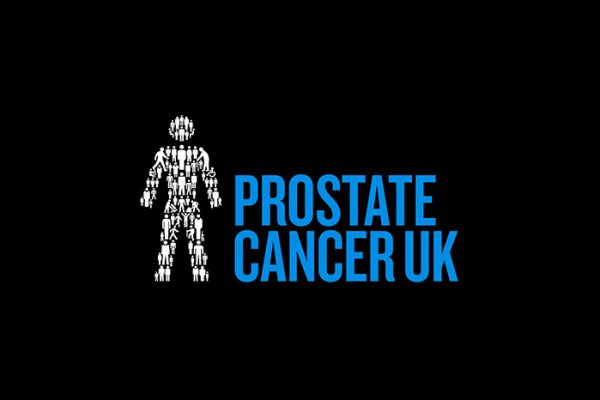 November 21, 2013
Branding
Jens Lundgaard looks at some of the recent charity rebrands One of the biggest success stories in the third sector, Movember…